Trap
Before you proceed with trapping, be sure to read Prepare to trap.

Your primary trapping duty is to ensure the safety and comfort of the cat you are humanely trapping. Start with a few tips to help you do that:

Place the trap on a discrete, flat surface outdoors where you can monitor it undetected.
Don’t feed the cat for 24 hours before you plan to trap.
If the cat you will be trapping is or may be a nursing mother, plan to trap in the morning. Otherwise, plan to trap during the cat’s evening feeding time.

Set the trap
Do not place bowls in the trap. Instead, soak a piece of newspaper in tuna juice, then place some tuna on top of it. The strong smell will attract the cat.
Place the bait as far back in the trap as you can without giving the cat access to the bait from outside the trap.
Partially cover the trap with a towel, leaving the entrance uncovered.
Move away from the area and watch from a distance for the cat. Do not leave the trap unsupervised; a trapped cat is vulnerable to predators.

Put trapped cat in keep area
The cat may thrash around in the trap. To help the cat calm down, cover the trap entirely with the towel and move the trap into the safe keep area you have prepared.
The cat will be having surgery, so do not feed him or her.
The cat will likely sit at the back of the trap. If you feel comfortable, put some water in the tuna can and place it in the front inside of the trap. Remember not to touch or handle the cat in any way.
Wash your hands and clothes before touching other pets to prevent spread of possible infectious diseases or parasites.
Periodically check on the cat overnight and keep children and other pets away.

Trapping kittens
Kittens should be trapped when they are between 8 and 12 weeks old. Kittens this age will no longer have blue eyes, and will be playful and explore their surroundings.
Use traps made for kittens. Set up one trap per kitten. Use the trapping procedure above.
Once you’ve trapped at least one kitten, set up the adult-size trap against the short end of the kitten trap. This lures their mom into her trap.
Continue until you’ve trapped all the kittens and their mom.
What next?

Neuter
Find out what the veterinarian or low-cost spay/neuter clinic will do for the cat.
Return or rehome
Discover how, when, and where you should return a feral cat, or how to find a home for a stray cat.

Now we investigate why the timeless light gun accessory for your NES did not make the leap to the 21st century.. 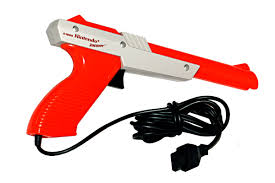 While we now have pleasure answering nearly every question that comes across our desk (you do not wind up in How-To Geek in case you do not adore how things works, after all), we actually love questions like that: geeky question for the interest of geeky question.

First, let's presume the question marginally so we are utilizing more precise phrases. The problem you have discovered is not about the gap between CRT and HDTVs (since there were, at the first days, customer HDTVs constructed around CRT tech). It is not about resolution, it is about the way in which the screen is left. To frame it more correctly is to say that it is about the gap between CRT/analog movie and LCD/digital video.

Before we examine the center of the matter, however, let us look at the way the Zapper works and interacts with the NES and tv. A good deal of individuals, and certainly the majority of the children that played with the NES back in the afternoon, were under the impression that the Zapper really shot something to the tv, much like a TV remote sending a signal to a tv set. The Zapper does nothing of this kind (and exactly what, precisely, on the tv would have the ability to get the sign and send it on the NES?) . The Zapper is not as much a weapon since it's a sensor, an extremely simple light detector. The Zapper does not shoot at anything, it finds patterns of light onto the display facing it. They were all only easy light detectors housed in deceptively gun-like instances.

Does that imply that the Zapper was actively monitoring all those ducks around the display with surgical precision? Hardly. Nintendo designers developed an extremely smart method to guarantee the straightforward detector in the Zapper can maintain. It replicated the procedure, all over that portion of a moment, for each accessible target on the monitor.

In that short flash, which had been imperceptible the consumer, the gun could ascertain whether at least one of those objects was based from the Zapper's hit zone. In case the goal box was out of the middle zone, then it was a miss. It was a really smart approach to take care of the constraints of the hardware and supply a fluid user experience.

Regrettably, despite being smart, it had been very hardware dependent. Much like ancient PC video game designers utilized hardware quirks to help assemble their matches (like understanding the clock rate of the stage they had been working on was repaired and could be employed to time in-game occasions), Nintendo and other ancient game firms depended heavily on the quirks of CRT screens and their individual screen criteria. Especially, in the event of the Zapper, the mechanics is totally determined by the features of CRT screen. The smallest difference (and we are talking milliseconds here) involving the sign sent to the NES as well as the sign displayed on the display can throw off it. Whether the older tube TV was large, little, cutting edge or 10 years old, the rate of the signal through the CRT display benchmark was dependable. By comparison, the latency in contemporary electronic sets isn't trustworthy and isn't the same as the aged consistent delay from the CRT system. Now, this does not matter in many scenarios. In case you've got your old VCR hooked up to the coax jack in your new LCD screen, it does not matter 1 bit if the sound and video are postponed by 800 milliseconds as you would never understand (the sound and video will play in sync and you would have absolutely no method of understanding that the whole procedure was lagging by a fraction of a moment). But this latency completely destroys communicating involving the Zapper, the NES, as well as the occasions on the monitor.

This exceptionally precise time was potential (and constant) since Nintendo designers can rely upon the refresh speed of the CRT becoming consistent. CRT screens use an electron gun to trigger phosphors in display hidden behind the screen glass. This rifle sweeps across the display from the top towards the base at a really dependable frequency. Despite the fact that it happens quicker than the human eye could detect, each and every frame of each and every video game or television broadcasting is exhibited like a hyperactive robot is drawing on it line by line from the top towards the bottom.

By comparison, contemporary electronic screens make all of the changes concurrently. This is not to say that contemporary televisions do not have progressive and interlaced video (since they most certainly do), however, the lines are not left one at a time (however fast). In terms of why this matters into the Zapper, the program driving the Zapper's detection algorithm requires which line-by-line refresh to pull off the time tips that make it feasible to get 5 ducks around the display and productive hit detection all over 500 milliseconds or so.

While that is disappointing, we understand, there's an upsidedown. The premium tube places of the past, these high-end Sony places for instance, that cost $$$$ can currently be seen sitting on curbs during regular recycling times and gathering dust in the rear of second hand stores.

How the Nintendo NES Zapper Worked, and Why It Does Not Work On HDTVs